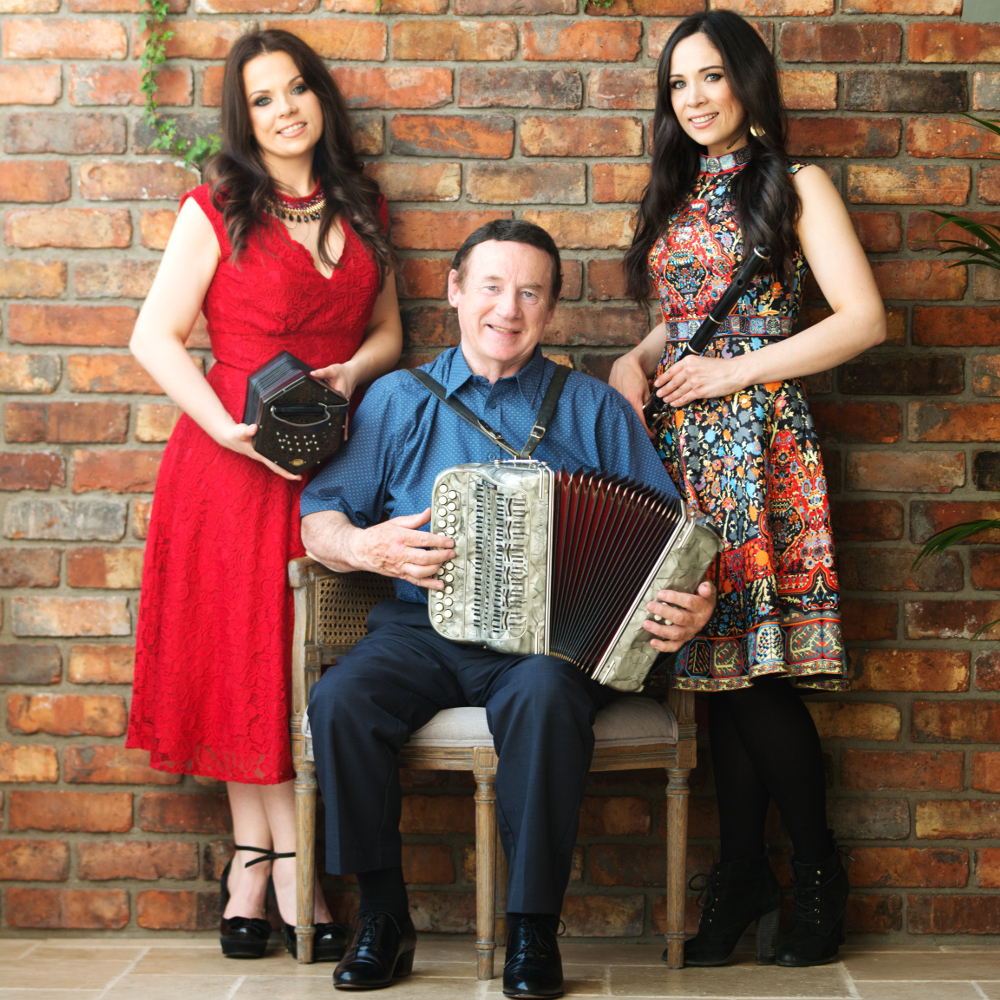 Musical families are often the backbone of multi-generational continuity within a global community, and no musical family today is more impressive in upholding the best principles of the tradition than the Mulcahy’s of Abbeyfeale, West Limerick. Mick, Louise and Michelle Mulcahy play a dazzling array of instruments between them but it's the sweetness and tunefulness of their ensemble playing that is most striking. They have an unmistakable, infectious sound and their skill and enthusiasm comes from a lifetime of playing together. Their latest family album ‘The Reel Note’ has received worldwide acclaim and was awarded, ‘Album of the Year’ by Tradconnect in 2017.

"If you like the 'pure drop', here it is - traditional Irish music at its natural, unadulterated and most seductive best."- The Irish Times