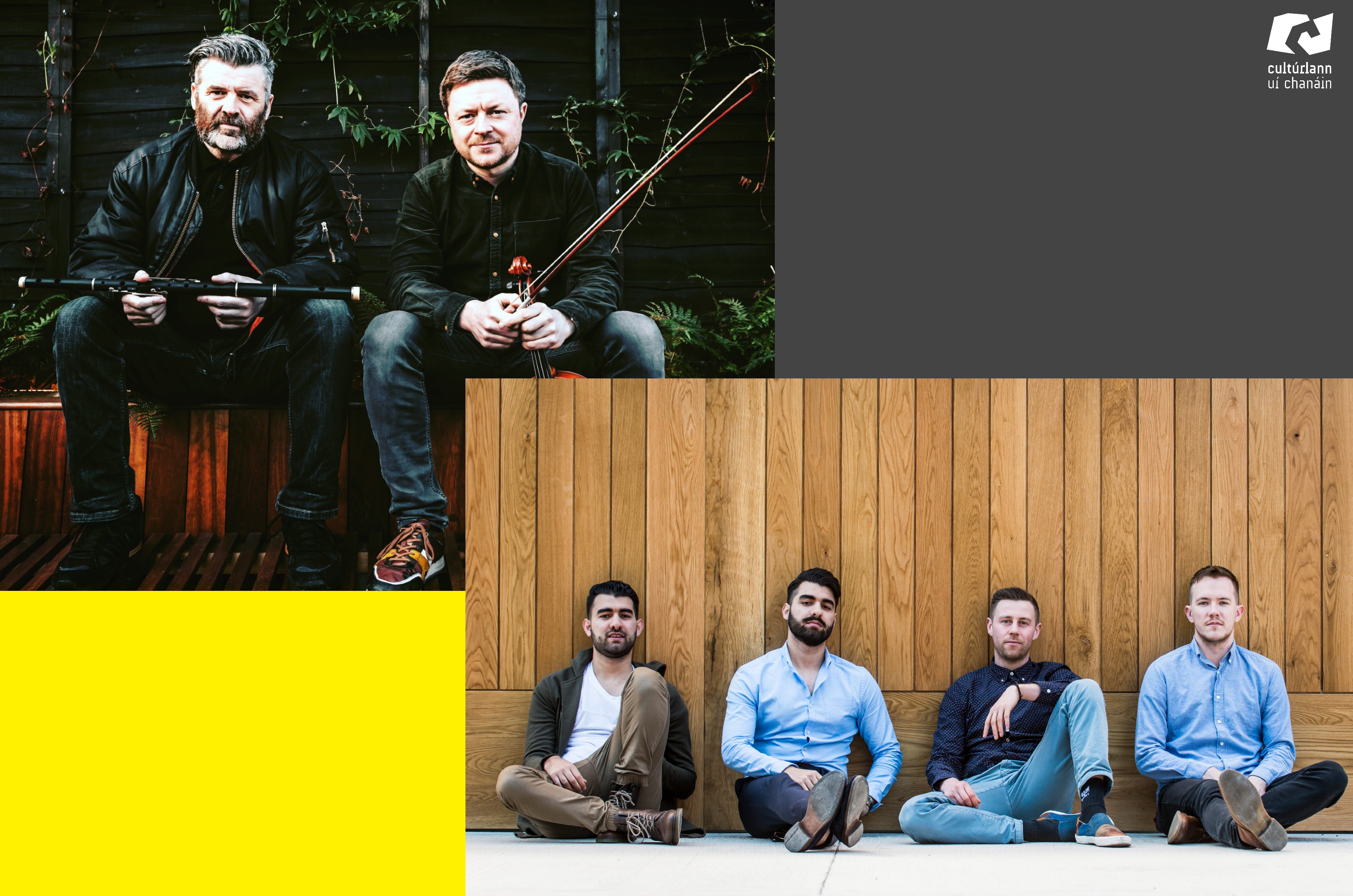 Navá is a group of young musicians exploring the relationship between the ancient musical cultures of Ireland and Persia. It is comprised of folk/bluegrass musicians Paddy Kiernan and Niall Hughes, and Iranian born brothers Shahab and Shayan Coohe. Their debut album, ‘Tapestry’ was recorded at Hellfire Studios, an intimate studio in the Dublin Mountains, and supported by the Arts Council of Ireland. It was launched at the National Concert of Ireland, Dublin in October 2017. Since forming in early 2016 they have also performed at Doolin Folk Festival, Electric Picnic, WOMEX, Celtic Connections and Masters of The Tradition among others.

Harry Bradley and Dónal O’Connor first met in the late 1990’s on the vibrant Belfast traditional music session scene. Narrow entries, leading to dark and smoke-filled pubs, pouring with fiery flute and fiddle music, was the backdrop to this initial musical coming together. A common grá for the music of South Ulster and North Connaught was the thread on which they shared interests. However, they ventured on their own unique musical journeys thereafter. Since Harry’s recent return to Belfast, they have rekindled a musical friendship and are mining the rich repository of northern music.

Libby McCrohan is a bouzouki player from Dublin. She plays an original round back Greek bouzouki. Her approach to accompaniment is sensitive, subtle, and rhythmical, taking inspiration from the regulator playing of uilleann pipers. She has performed all over Ireland and abroad and has featured on two albums to date - the critically acclaimed ‘Heard a Long Gone Song’ by Lisa O’Neill and ‘Not Before Time... 39 Years in the Making’ by Páraic Mac Donnchadha.