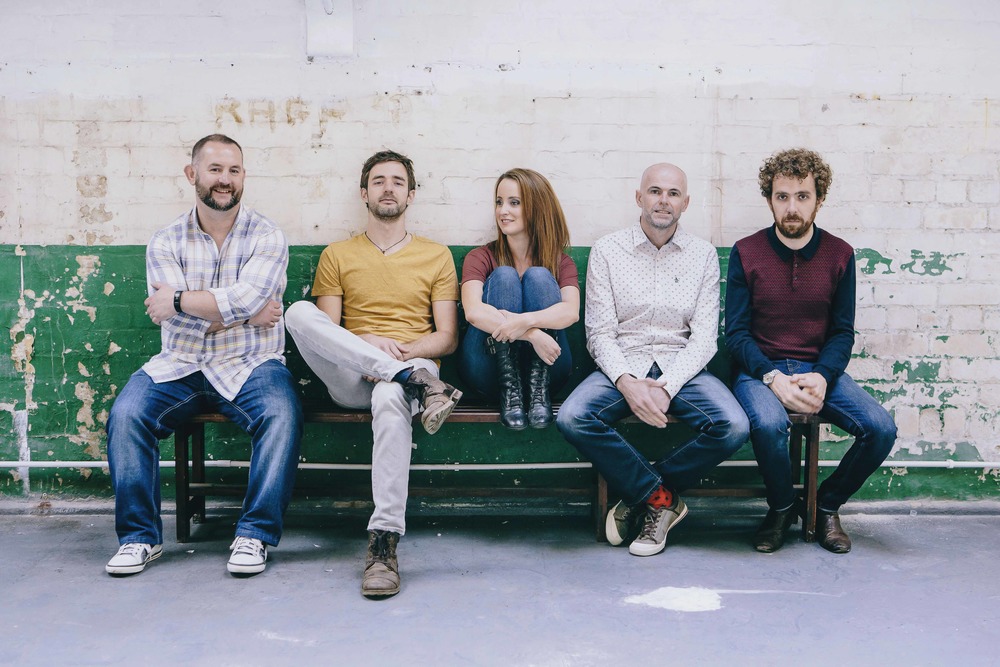 Navá is a group of young musicians exploring the relationship between the ancient musical cultures of Ireland and Persia. It is comprised of folk/bluegrass musicians Paddy Kiernan and Niall Hughes, and Iranian born brothers Shahab and Shayan Coohe. Their debut album, supported by the Arts Council of Ireland, is called ‘Tapestry’ and was recorded at Hellfire Studios, an intimate studio in the Dublin Mountains. The album charts a unique sonic landscape, weaving material from the Irish and Persian traditions into a beguiling tapestry of sound, and treats listeners to a joyous exploration of the connection between two venerable musical cultures. Navá won the Caoimhín Ó Dochartaigh Stage competition at IMBOLC 2017.

Beoga (gaelic for ‘lively’) are based in County Antrim. The bedrock of their sound lies firmly within the Irish tradition. However, they are not afraid to incorporate other genres’ nuances into their music. From bluesy riffs to Astor Piazzola-style jazz, to a raunchy New Orleans jamboree vibe, their music always returns to a wonderfully bouncy Irish sound. The result is traditional, with a huge sense of fun and adventure and it all works wonderfully well. The Wall Street Journal describes them as “the most exciting new traditional band to emerge from Ireland this century.” Irish Music Magazine writes, “Beoga are at the forefront of the new Irish wave.”

Price in combination with SuperCéilí = £20