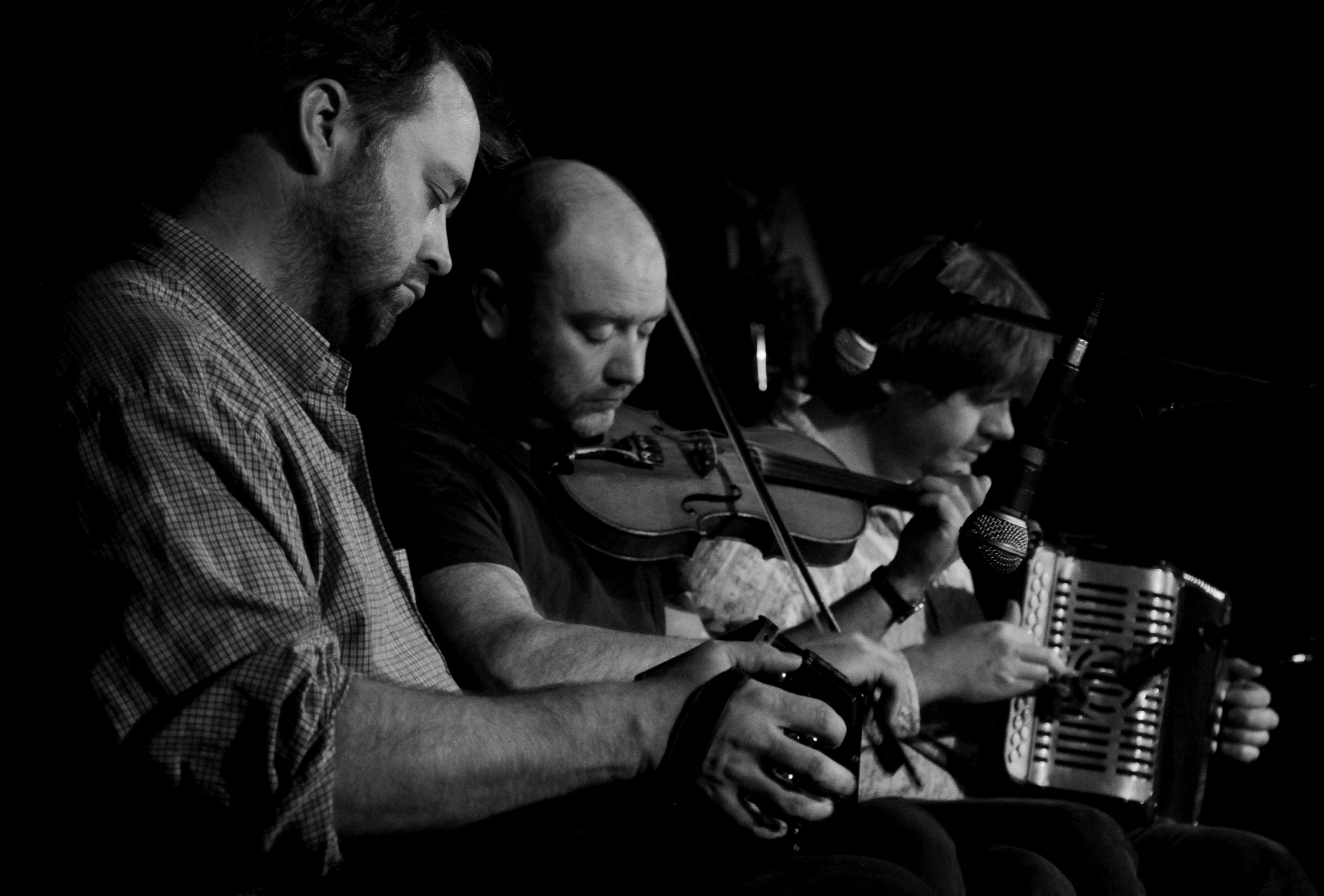 Danny O’Mahony is a traditional musician from Ballyduff in North County Kerry. He grew up playing music with the older generation of musicians in his locality. His late father Mick had a very positive influence on Danny as a young child and nurtured his keen ear and interest in traditional Irish music. Both imaginative and fearless in his interpretation, Danny’s musical style is expressive and deeply personal, and reflects his affinity with the music of past masters.

Mícheál Ó Raghallaigh is a concertina player and recording artist residing in County Meath, Ireland. He has been a member of the band Providence, along with Paul Doyle (vocals, guitar, and Irish bouzouki), Troy Bannon (Irish flute), Cyril O'Donoghue (vocals, Irish bouzouki, guitar), and Michelle O'Brien (violin). He plays with the Táin & Naomh Pádraig Céilí Bands, and has released 2 solo albums.

MacDara Ó Raghallaigh’s fiddle playing is often described as ‘brilliant’, ‘amazing’, ‘top-class’. These accolades indeed fit well as MacDara has earned a reputation as one of Ireland’s outstanding fiddle players. His playing style is highly individual, personal and deeply rooted in the pure tradition. What strikes you is the personality and flair in the music and the driving rhythm and pulse that is delivered by a powerful fluid bow hand.