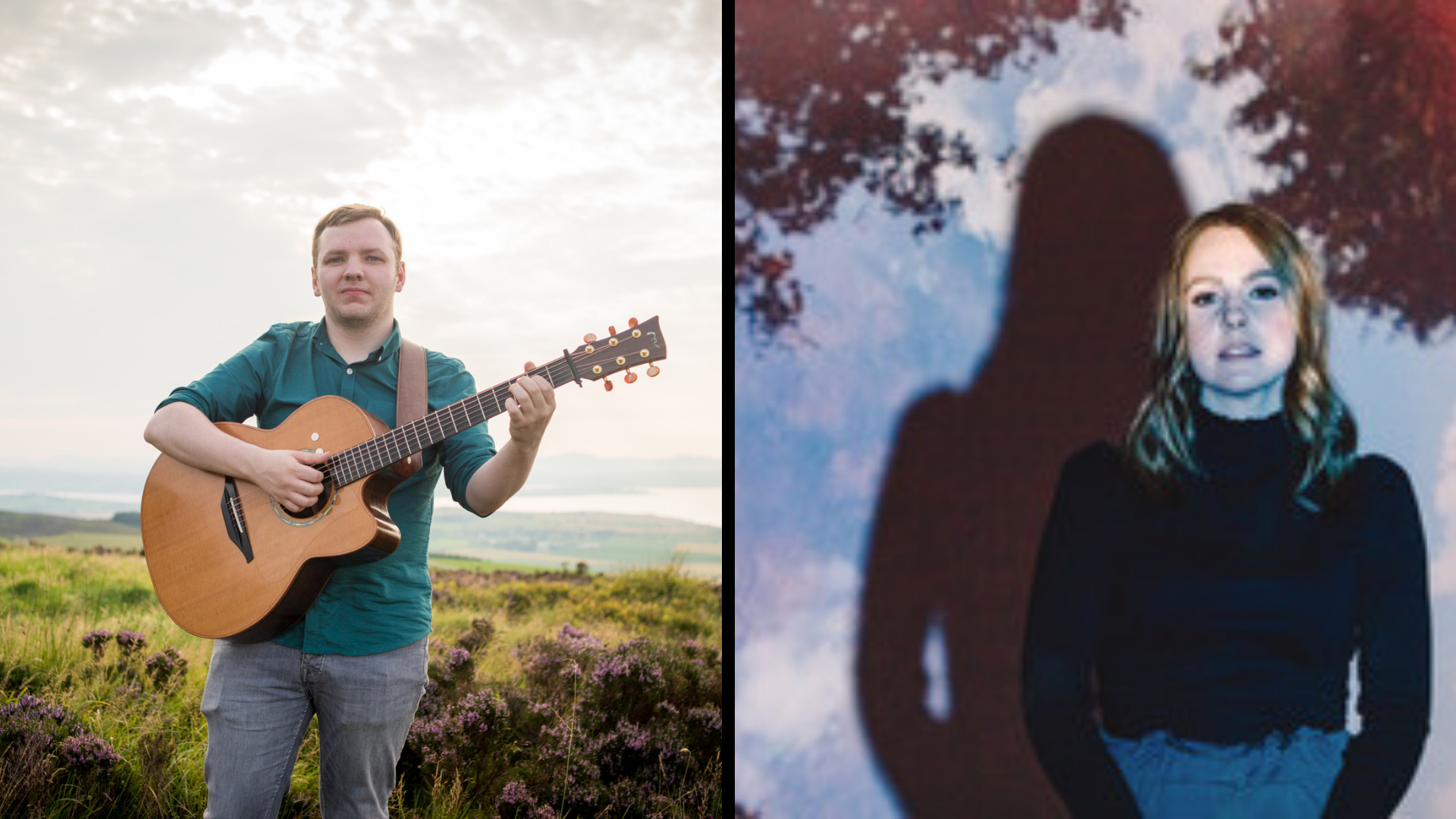 Jack Warnock is a multi-instrumentalist and singer from Maghera, Co. Derry. Guitarist, pianist, vocalist in the traditional groups Cóiriú and Meargánta, Jack has performed in prestigious locations such as the National Concert Hall in Dublin and at the Royal Albert Hall in London.
As a solo artist, Jack won the An Ré Nua competition in the lead-up to Fleadh Cheoil na hÉireann in 2013, the 2018 Senior Accompaniment Competition at Fleadh Cheoil na hÉireann and was nominated for the prestigious BBC Young Folk Award that same year.
Having been Artist in Residence for Cultúrlann Uí Chanáin from 2018-19 Jack is no stranger to the IMBOLC Festival. He will be accompanied by Archie Churchill-Moss on accordion and Toby Shaer on fiddle, flutes and whistles.
Since launching her solo career in 2018 with the release of her EP In Her Company, Kim Carnie has become one of the most sought-after Gaelic singers on the scene. With her ‘velvet voiced authority’ (The Scotsman) Carnie has become a regular session vocalist, having worked with producers including Jim Sutherland, Ged Grimes and Donald Shaw. She is featured on Net?ix’s Outlaw King (2018) and the computer game soundtrack for Black Mirror, as well as The Bard’s Tale (2019), alongside Deacon Blue’s Gregor Phillips. March 2022 will see the release of Kim’s highly anticipated debut solo album.
In addition to her solo career, Carnie is a member of both Mànran and Staran. With new releases from both bands in 2021.
‘A standout instrument of her generation’ (BBC Radio 2)