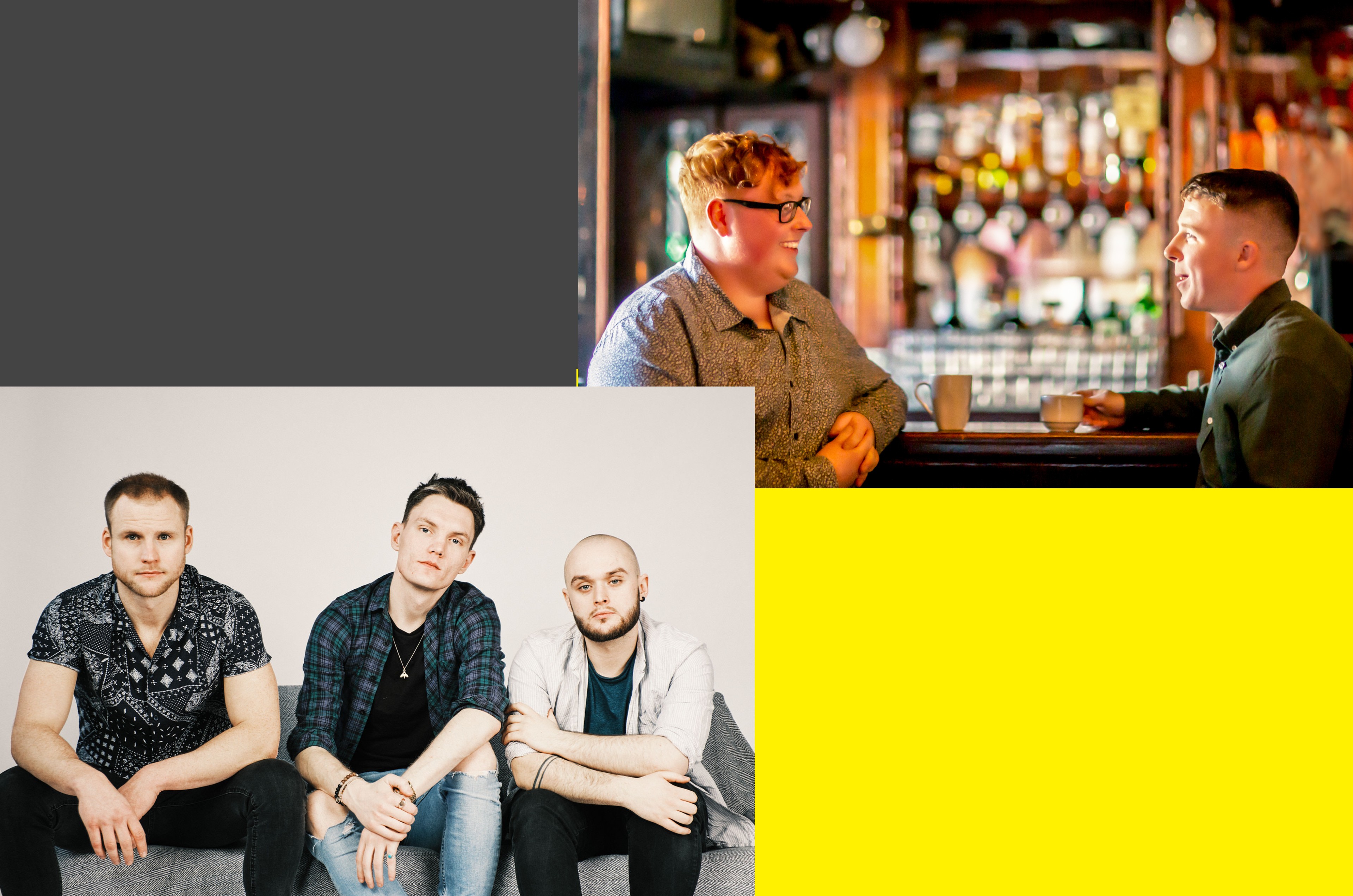 Cathal Ó Curráin is a traditional musician and singer from Gaoth Dobhair, Co.Donegal. From an early age Cathal was immersed in music from attending regular sessions in Teach Huidaí Beag and from the yearly classes in An Chrannóg.His most recent work includes an Album with The High Seas, The Conifers, The Friel Sisters and Aoife Scott’s “Homebird” with the multi- Grammy award winning, Ron Block of Alisson Krauss and Union Station.

Marty Barry is a traditional musician and singer who plays guitar, banjo and bouzouki. A graduate of music at the University of Limerick, Marty has featured on recent releases such as Emily Flack’s ‘Throwing Shapes’ and Alan Reid and Rachel Conlan’s ‘A Quare Yield, and is currently putting the final touches to his debut solo “The Sweet Bann Waterside”.

Project Smok is the neo-trad trio of Ali Levack, Ewan Baird and Pablo Lafuente, whose nonconformist and progressive Scottish traditional music has set them apart since their formation in 2017. Known for their ability to effortlessly blend trad music with contemporary new-age pop influences, Project Smok are at their most comfortable pushing boundaries, making listeners stop and re-evaluate their musical expectations. They do away with any perceived limits of genre from the first note.