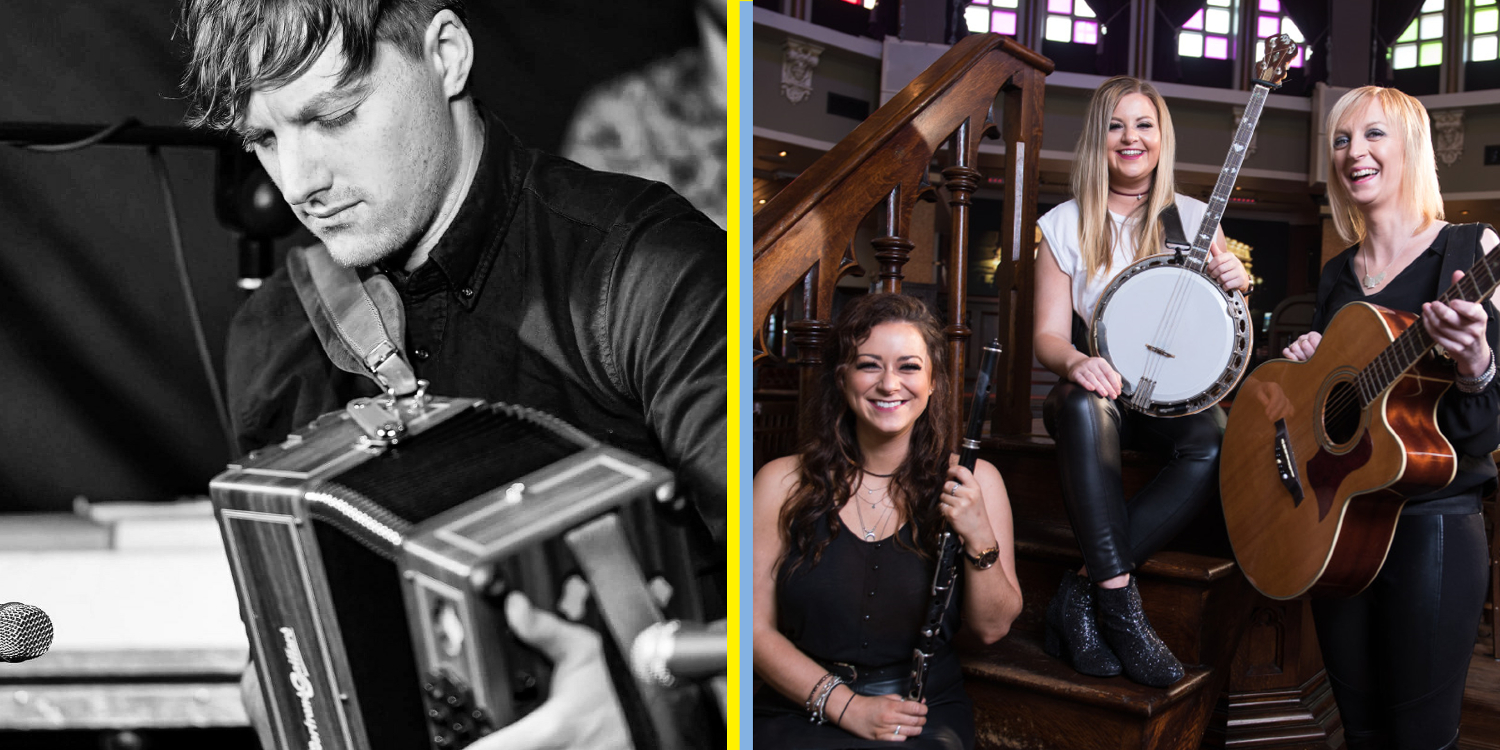 Briste are Alison Crossey, Emma Robinson and Joanna Boyle. They have performed together now for over 5 years and have travelled all over the world bringing their new fresh and exciting sound to many festivals and venues. They have featured on TV programmes including BBC’s Trad Ar Fad and TG4’s Oiche na mBan playing alongside artists such as BBC Radio 2 Folk Singer of the Year Rioghnach Connolly, Country singer Lisa McHugh, Pop singer Una Healy and the John Mcsherry Band.

In a short space of time Damien Mullane has a musical CV that any veteran musician would be proud of. He has been described as a virtuoso with an avant-garde style of playing. Damien won numerous All-Ireland titles on both accordion and melodeon and began his professional career as the accordionist in the legendary Frankie Gavin's band De Dannan. He has also collaborated musically with the likes of Ronnie Wood (Rolling Stones), James Taylor, Bruce Springsteen and Sting (Police) to mention a few.