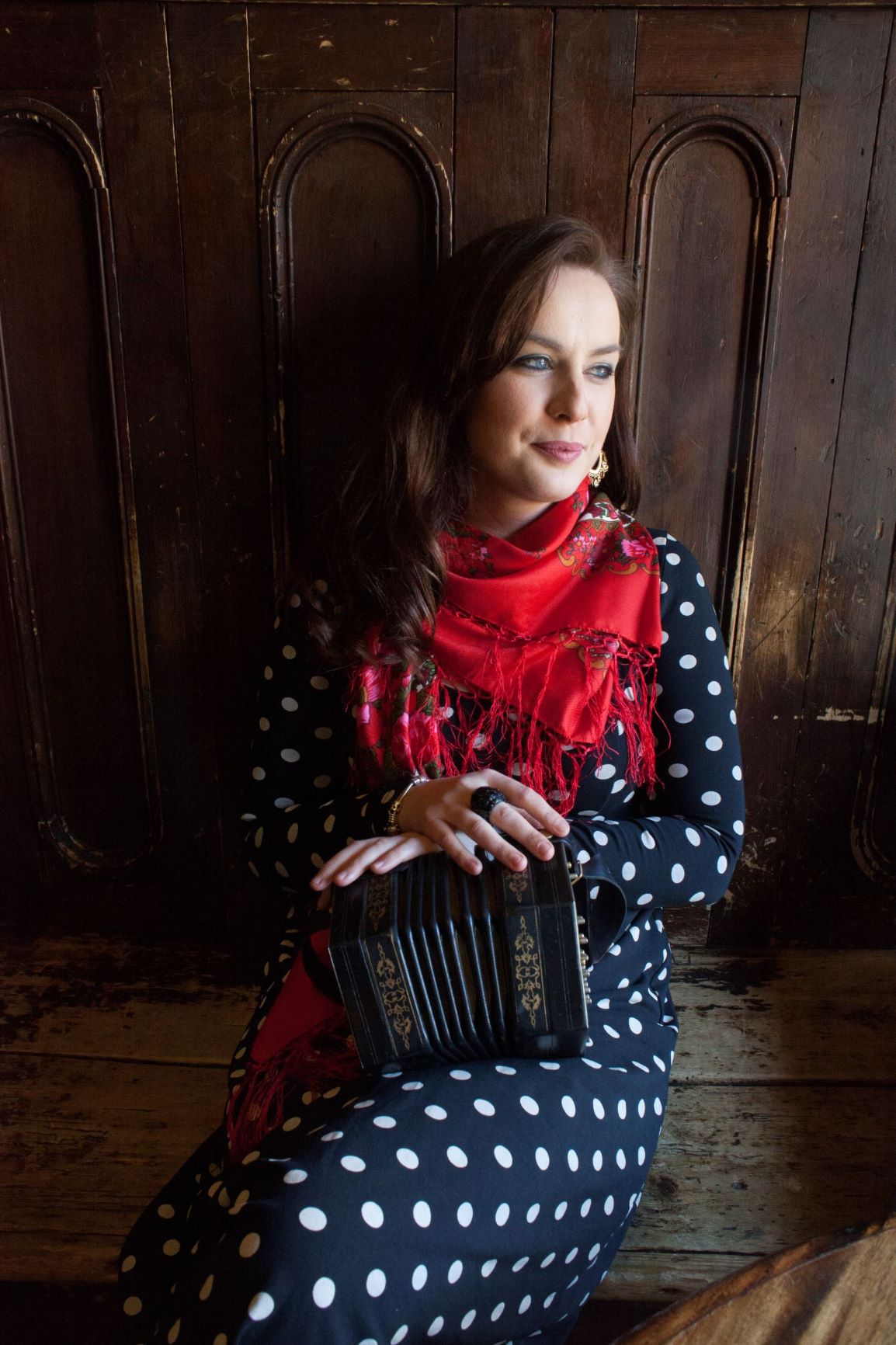 Please note: this workshop is for students at Grade 6-8 levels and above.
Edel Fox is a musician and TV producer from Co. Clare. In 2004, Edel was awarded the TG4 Gradam Ceoltóir Óg na Bliana (Young Musician of the Year) and since then she has travelled extensively as both a teacher and performer of the tradition appearing at some of the biggest national and international music festivals throughout the US, Canada, Europe and Asia. In 2006, Edel recorded her debut CD with Galway fiddler Ronan O’Flaherty.
Her popular 2010 solo recording “Chords and Beryls” has gone on to receive critical acclaim. Over the years, she has been a regular performer on a variety of television and radio programmes on RTE, TG4, BBC. In 2013, she released the recording “The Sunny Banks” with Waterford fiddler Neill Byrne. This CD went on to receive the “Tradconnect Album of the Year”.
Edel has a B.A. in Irish Music and Dance as well as a M.A. in Music Therapy, both from the University of Limerick. In 2013, she graduated with a Higher Diploma in Léiriú Téilifise (Television Production) from Waterford I.T. Edel is currently based in Waterford where she works as a freelance TV producer and researcher and is also in high demand as a music teacher and performer. Edel is a very experienced TV producer and director, with some critically acclaimed documentaries under her belt, including the biopic Noel Hill – Aisling Ghéar (2018) and Slí na mBeaglaíoch (2020).