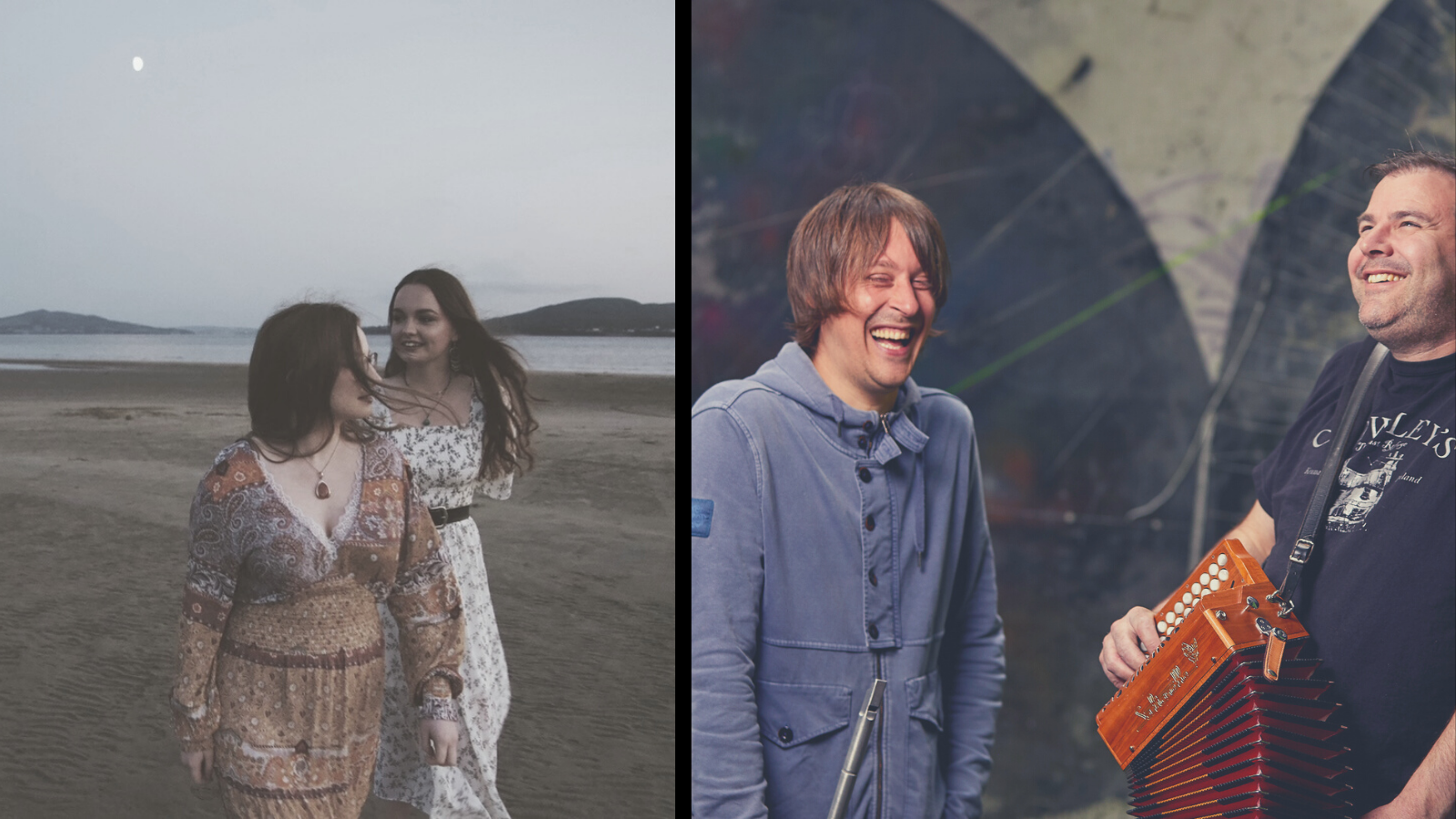 Deirdre and Ella McGrory are sisters from the Inishowen Peninsula in County Donegal. Coming from a musical family, the girls have been involved in Irish Traditional Music from a young age. Deirdre sings and plays the whistle. Ella plays the fiddle and piano. Both Deirdre and Ella are students of the Irish World Academy of University of Limerick, from which Deirdre has recently graduated. They have been involved in musical groups for years and have extensive performance experience throughout Ireland and GB.
Loinnir is the first studio recording from the sister duo and is a collection of songs that they love. This record has a mixture of traditional and folk songs and a blend of contemporary accompaniment. Loinnir encapsulates their favourite aspects of music from their childhood.

Tim Edey is a former BBC Musician of the year (BBC Folk Awards 2012) and also won best duo with Brendan Power the same year. As well as being The Chieftains guitarist and accordionist of choice, Tim also has a long standing solo career. Rated by many as one of the world’s best guitarists and melodeon players in the Celtic folk scene, he has recorded and toured with numerous artists including Christy Moore, Altan and Natalie MacMaster amongst others.

Ross Ainslie is a three times nominated Musician of the Year at the BBC Folk Awards and also won best duo with Ali Hutton in 2017. He won Composer of the Year in 2015 at the Scots Trad Music Awards. He performs with many bands including Treacherous Orchestra, Salsa Celtica, Dougie Maclean and many more. Ross has four solo albums to date, Wide Open (2013), Remembering (2015), Sanctuary (2017) and Vana (2020).