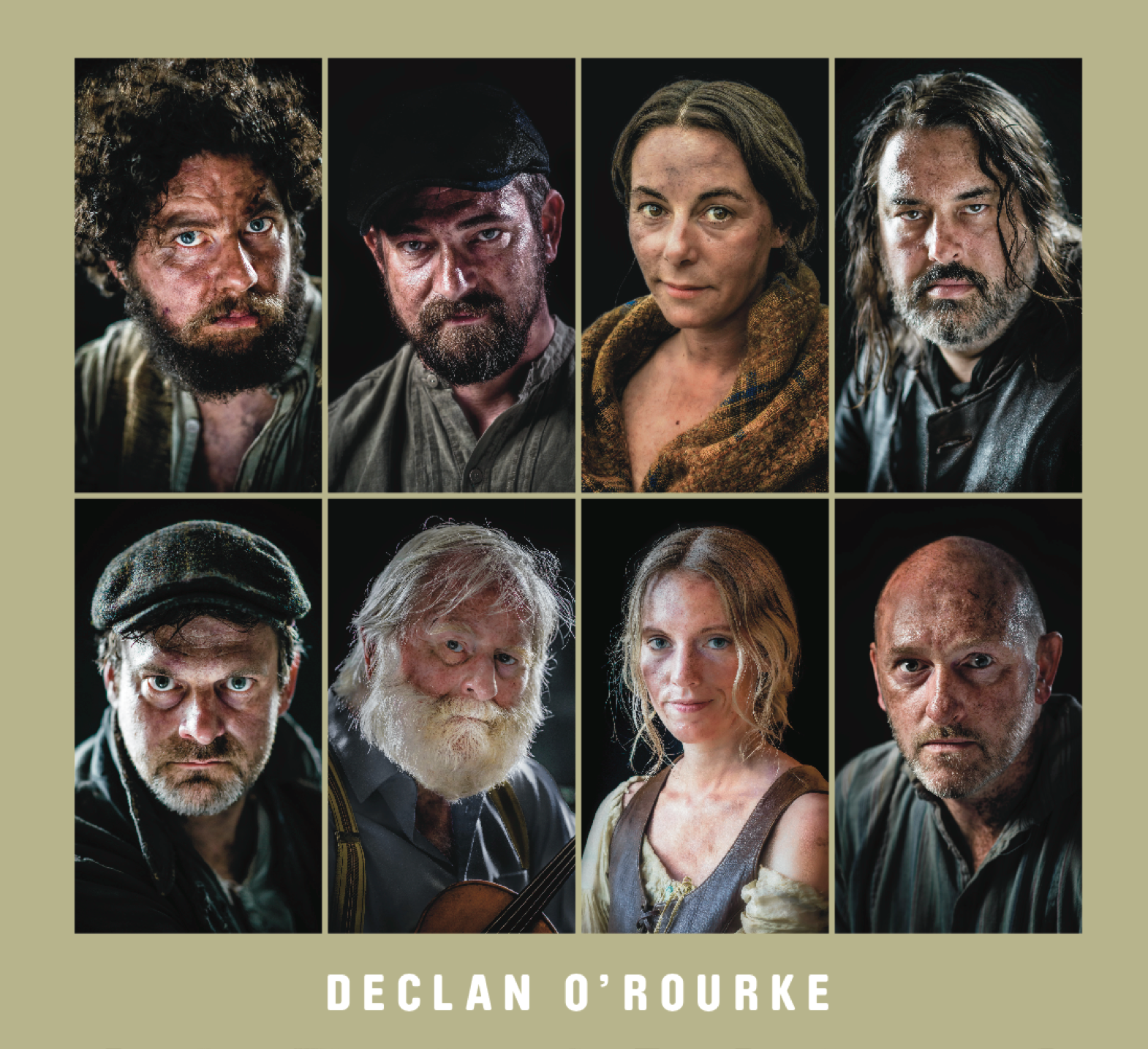 From the most dynamic period of Irish history ever, Declan O’Rourke and his band perform epic true tales delivered through an innovative fusing of traditional music and songwriting. In the short thirteen months since Declan O’Rourke’s Chronicles Of The Great Irish Famine was released, it has received the kind of diversely sophisticated praise and attention more typically given to literary works or an outstandingly serious movie. Folk Presenter Lynette Fay of BBC Radio Ulster perhaps summarized the acclaim best: “A work of art from start to finish. This will be around forever.”

Fifteen years in the making, O’Rourke’s epic song cycle presents a sequence of extraordinary true tales from the most spirited period in Irelands history. And O’Rourke’s aim has been to dramatize these any way he can, as on the album cover’s re-enactment story, which depicts with the help of fellow musicians the ambush and shooting of a landlord County Westmeath by locals who formed a justice-seeking mob.

Inspired by John O’Connor's book The Workhouses of Ireland, O'Rourke wrote Poor Boys Shoes the first song of the collection, recalling his immediate impressions: "The hair stood up on my neck when I read the lines: 'The man who carried his wife from the workhouse to their old home, mile after weary mile, was discovered next morning dead, his wife’s feet held to his breast as if he was trying to warm them...' I had stumbled into a chapter of history I knew almost nothing about. I wanted to be a witness, to share these stories the best way I knew how--through music.”