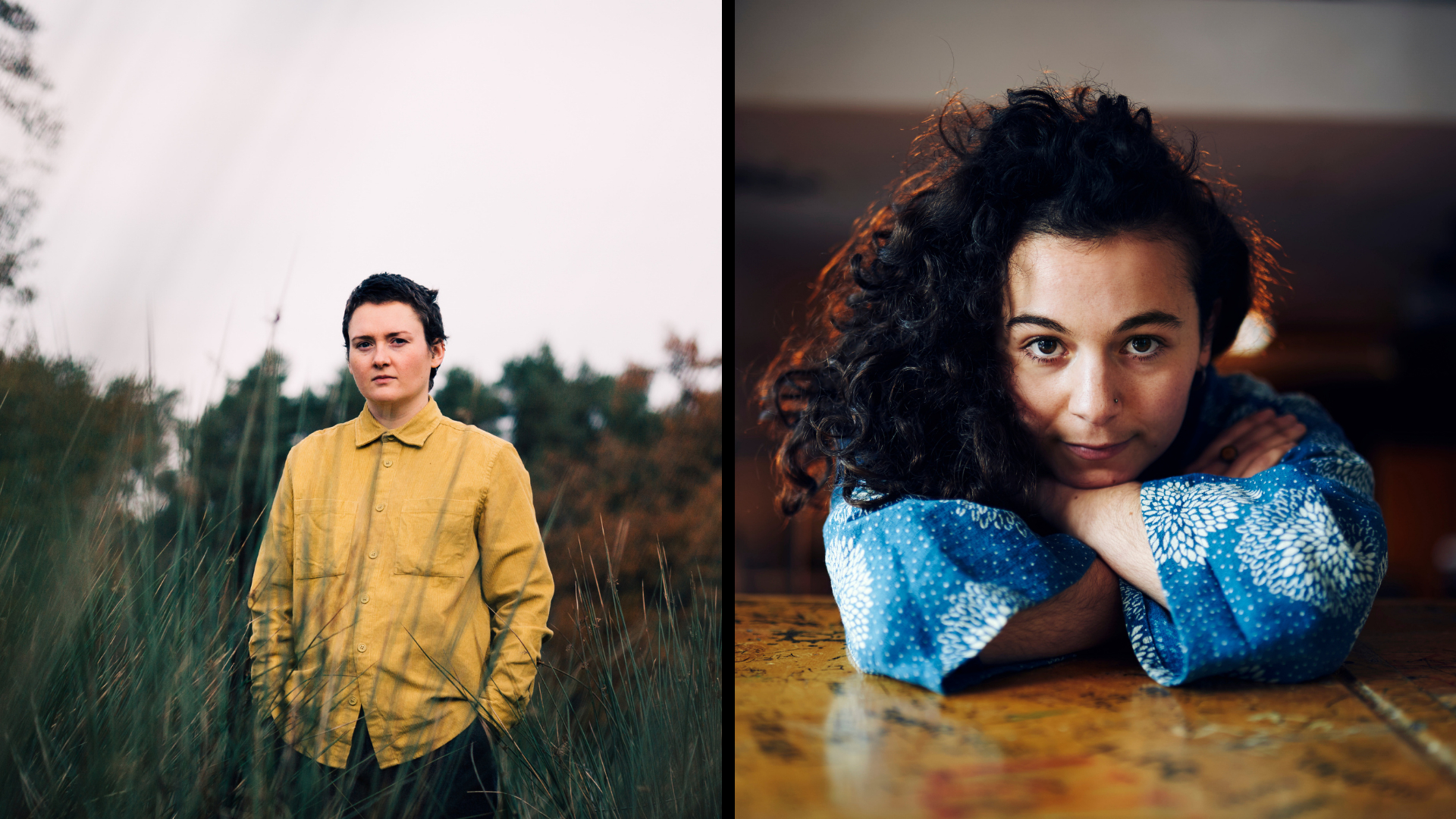 Pipped by RTE Radio 1, BBC Radio 2, Double J (Australia) and Folk Radio UK as a rising star on the Irish folk and alternative scene, 2021 has been the breakthrough year for this emerging alt-folk artist Dani Larkin, with the release of her debut album ‘Notes For A Maiden Warrior’. Nominated for ‘Best Album’ at this years Northern Ireland Music Prize, and 'Best Emerging Artist' at RTE Folk Awards, Dani Larkin has been an artist picking up speed with each release, and one that has been marking her mark on the industry, in her own way.
An artist renowned for her unforgettable live performances, her vocal takes centre stage, accompanied always by her impressive guitar and banjo playing. Larkin has the ability to blend the old and new perfectly through her songwriting, delicately weaving themes of Celtic folklore with the more modern day landscape of her own experiences.
Flo Perlin is a contemporary Folk singer-songwriter from London with Iraqi and Belarusian heritage. Growing up surrounded by an incredibly diverse range of music she learnt to play the cello at the age of five and fell in love with the guitar when her Columbian teacher introduced her to the world of Bossa Nova, influencing her own finger-picking technique. Flo also taught herself piano and started singing at the age of 10 as a way to begin writing songs.
She released her new album Characters in 2021. The album journals Flo’s exploration, getting to know the different aspects of herself and her relationship to them, exploring themes such as family roots, identity, relationships, belonging, mental health and the significance of self-reflection. Her lyrics are articulate, and the music original and mesmerising, showing how contemporary Folk music is evolving.