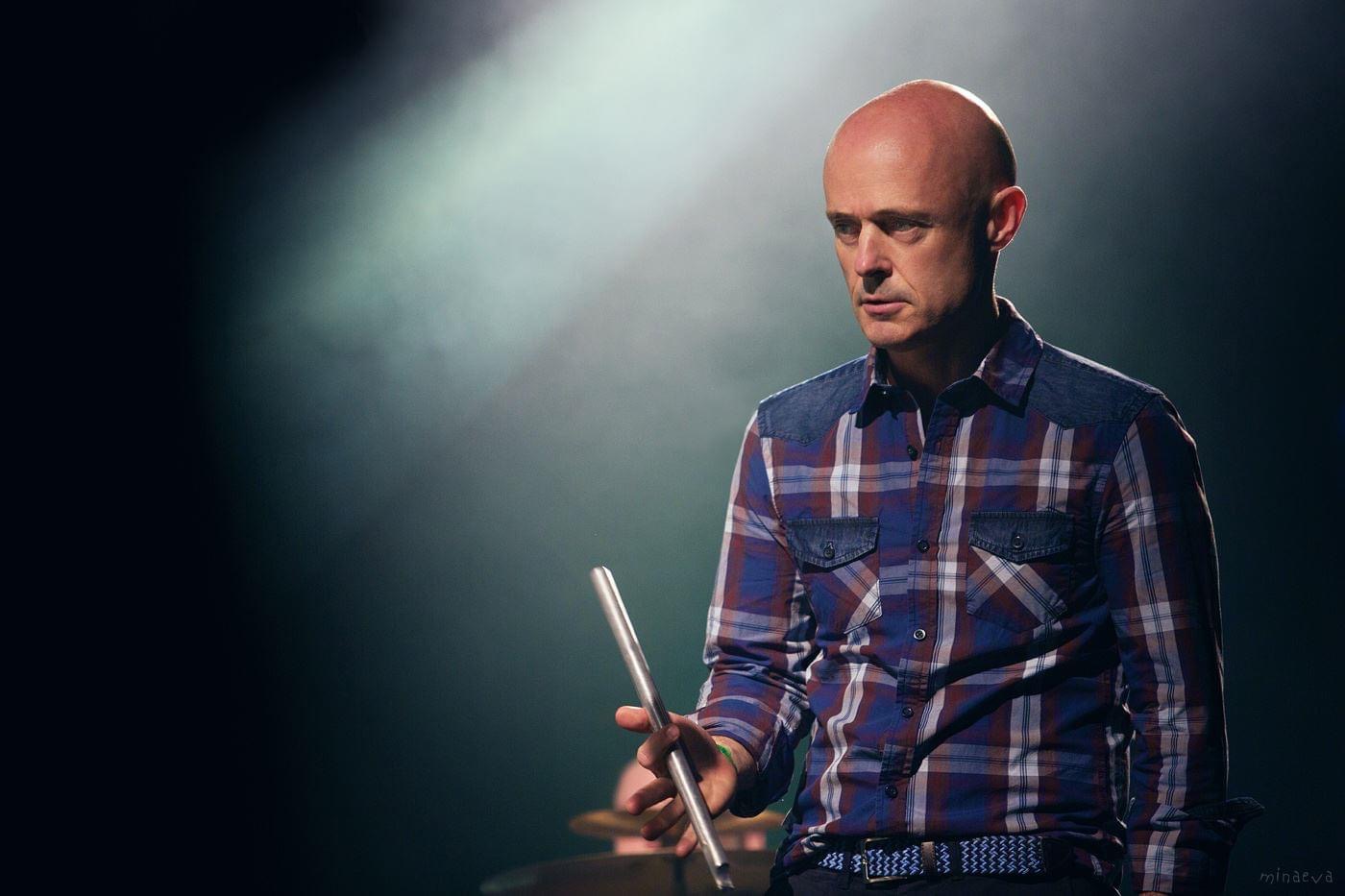 A past pupil of the fabled institution The Armagh Piper’s Club, Brian’s music is forged from the tradition he grew up in, and his unique approach to exploring the rough outer edges of composition and arrangement. His touring and living in India and Eastern Europe had a deep and lasting affect on his playing and composing, hinted at early on with the release of his first album, ‘When The Party's Over' in 1993. Frontman with the dazzling group Flook for more than 25 years and collecting awards and a huge fan base wherever they toured, Flook have recorded four highly acclaimed studio albums and in 2006 won the coveted BBC Radio 2 Folk Award for Band Of The Year. That same year a chance encounter in New York would later turn into a major new musical partnership with the Russian Poet Laureate, Boris Grebenshikov and a decade of touring Russia and the Far East. In 2010, Brian released his latest solo album, 'The Ravishing Genius Of Bones'. "It is the work of a singular artist weaving his very own fabric onto an old structure.’"It won him a BBC Radio 2 ‘Musician Of The Year’ nomination and LiveIreland Musician Of The Year in the US, and coincided with the formation of his new quartet, the hard-hitting Kan. He has toured and recorded with artistes as diverse as Cara Dillon, Anoushka Shankar,Bebel Gilberto and most recently with Ed Sheeran on his Divide album. After a four year hiatus, Flook charged back to the top table in 2019 with the release of their 4th studio album, ‘Ancora’, and were rewarded with a BBC Album Of The Year’ nomination alongside the RTE Folk Awards, ‘Best Group’ In July 2020 Brian unveiled the first single from his new album, Hunger Of The Skin, due out late February 2021. ‘Flow, In The Year Of Wu Wei’ was nominated for the RTE Radio 2 Folk Awards 2020, ‘Best Original Track’.

Please note: this workshop is for students at Grade 3-5 levels and above.