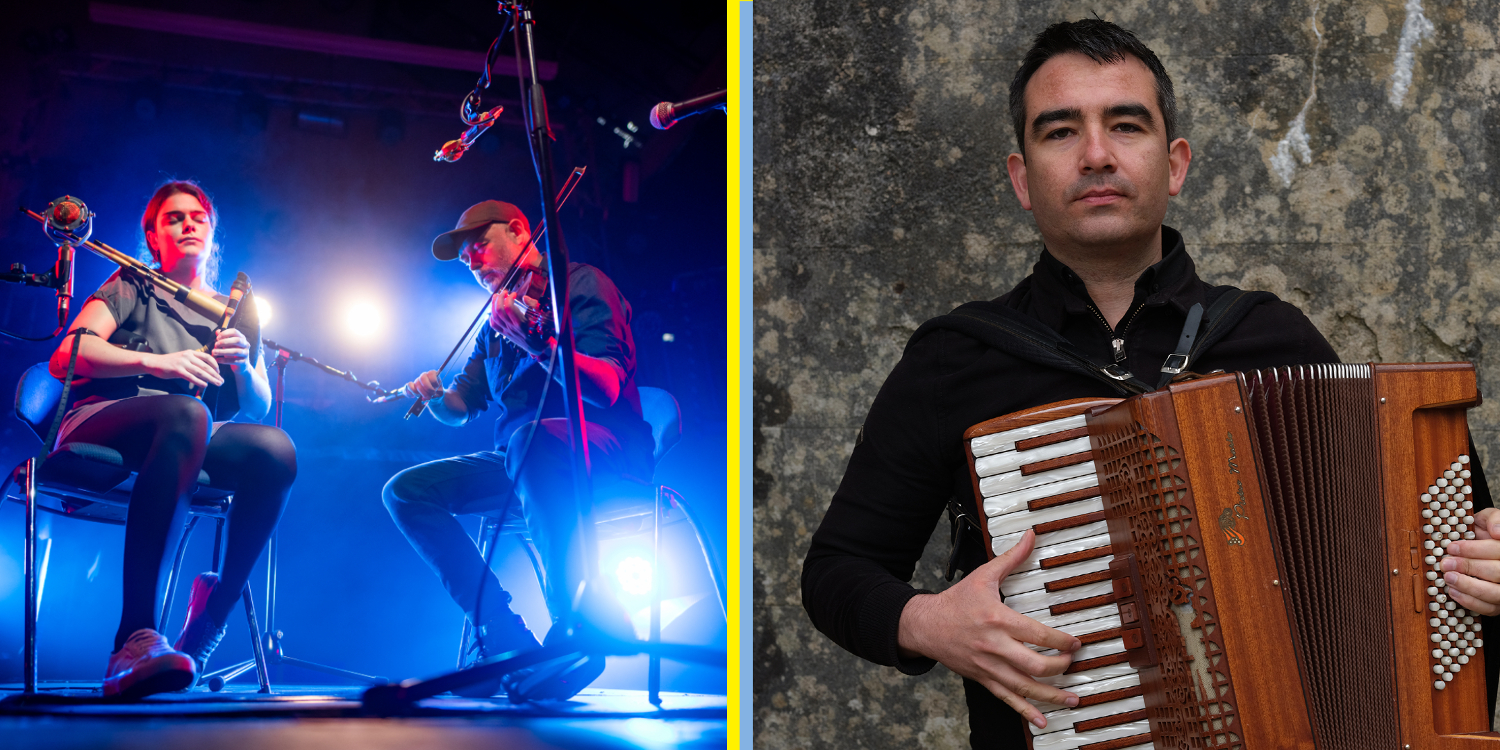 Winner of the Horizon Award at the BBC Radio 2 Folk Awards 2019 – Brìghde Chaimbeul is one of Scotland’s fastest rising stars. A native Gaelic speaker, her style is rooted in her indigenous language and culture, but draws inspiration from a variety of piping traditions such as from Cape Breton, Eastern Europe and Ireland. Her debut album ‘The Reeling’ has had an extraordinary response since its launch at a sold out Celtic Connections show at the start of 2019. She is joined by violinist Aidan O’Rourke from experimental folk trio Lau. Working closely with Aidan O’Rourke, Brìghde has devised a completely new way of arranging for pipe music that emphasises the rich textural drones of the smallpipes; the constancy of sound that creates a trance-like quality in the tunes.

Acadamh Ceoil Chaoimhi?n Ui? Dhochartaigh and IMBOLC International Music Festival are proud and delighted to announce a new project for their Youth Folk Orchestra. With support from Bank of Ireland’s Begin Together Community Fund, we have commissioned a new work by Martin Tourish, ENDGAME. This new work responds creatively to the pandemic and its effect on the lives of young people, in particular young musicians. Working closely with the young people, Martin translated their stories of lockdown into musical elements that will inform and be the core of the final work.

Martin Tourish is a Dublin-based accordionist, composer and producer originally from Co. Donegal. Named ‘Young Musician of the Year’ by TG4 in 2008, he has performed with the National Symphony Orchestra, as well as composing works which have been performed by artists such as Altan, the RTE Concert Orchestra and Triona Marshall of The Chieftains, of whom he guested with at the Royal Albert Hall.